It’s been a tale of two bullpens this year for the Los Angeles Dodgers. On one hand, we’ve seen them eat up innings and shut lineups down in order to seal the win. But at other times they’ve also endured complete meltdowns.

It may come as a shock to some, but Kenley Jansen has been one of the biggest positives in the bullpen this year. However, thanks to Andrew Friedman, Phil Bickford has become a solid and reliable addition for Dave Roberts and the Dodgers to turn to in times of need.

The 25-year old reliever did not disappoint on Saturday as he came out of the pen to pitch 1 2/3 shutout innings. One of those innings only took him 3-pitches to complete, which is certainly something you don’t see often in baseball.

After he helped the club secure a 3-2 win against the Chicago Cubs, Doc praised Bickford and his ability to put up zeros.

Phil was great. You don’t see too many three pitch innings in the big leagues, but his – his willingness and eagerness to take the baseball and pitch big innings regardless of when the spot is, is incredible. His gratitude for being a big league ball player playing for the Dodgers, his hometown team, is next level and he’s just been a complete joy for all of us.

Dodgers Related: Doc Unsure When Josiah Gray Will Be Ready

After accumulating 2 uneventful innings with the Milwaukee Brewers between 2020 and this season, Bickford was scooped up by the Dodgers. Since his arrival, he’s pitched14.2 innings while allowing 4 runs and 20 strikeouts to only 5 walks. But 3 of those runs were given up during a single bad outing against the Rangers.

Aside from those outings, Bickford has been surprisingly lights out for Los Angeles. Hopefully, he can continue to be a productive option for the team in the future. 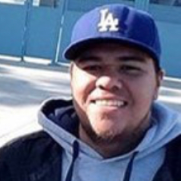 MLB News: ESPN's Buster Olney Gives Bleak Outlook on the Possibility of a Lockout in 2022