When Dustin May went down with an elbow injury, the Dodgers were dealt a bigger blow than we all realized at the time. He was lost for the season after undergoing reconstructive elbow surgery. Also known as Tommy John surgery.

Earlier this month, the right-hander got fans excited when he posted a video of himself throwing for the first time since that operation. The Dodgers took it a whole lot further in posting a full video of May’s rehab and build up at the club’s spring training complex in Arizona.

WATCH: Training with Dustin May

The video not only takes us through a day in the life of Dustin, but he also shares his initial reaction to his injury back in May.

Going into the moment of getting hurt, I don’t really know to react because I’ve never been in that situation before. It never really sunk in until I was going into surgery. Like, I’m gonna be out for a significant amount of time and I’m going to pretty much re-learn how to throw in six months.

Now six months later, May is tossing a baseball again with an eye on a mid-season return in 2022.

Tommy John surgery typically comes with a 12-14 month recovery time for starting pitchers if all goes well. May mentioned 14-15 months, which tells us that the Dodgers are smartly being extra cautious with the 24-year-old flamethrower. So, a July return might be the earliest but August or even September could be more likely for his return target.

The first day throwing it felt something like a forbidden fruit. Like you’re not supposed to be doing this yet because I’d been told for so long ‘don’t do this, don’t do this’ so being able to do it for the first time, it felt really foreign. But after the first few throws, it was just like riding a bike.

While the Dodgers won’t have Dustin ready to start the season in the rotation, they can look at him like a secret weapon for the stretch run and into the postseason next season. And for everyone involved, that can’t come soon enough.

NEXT: New Kobe Bryant and Julio Urias Mural Up In LA 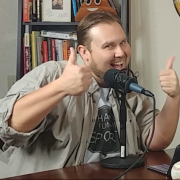 Dodgers: Justin Turner Talks Where He's at with his Hamstring Injury