It seems as if with every passing day, we hear different stories regarding the likelihood of a trade coming to fruition with Cleveland Indians star shortstop heading to Los Angeles. Trades of this magnitude are always ‘unlikely’ and that is why they are considered blockbusters when they do end up happening. In this case, Ken Rosenthal of The Athletic has shed some light on the true nature of the Lindor-to-LA discussions with the Indians.

Here is the link to the column from The Athletic featuring a variety of potential blockbuster trades being discussed around the league:

The San Diego Padres continue to be the Dodgers’ little brother and things don’t appear to be changing this off-season. According to Rosenthal, part of the Padres motivation to trade for Francisco Lindor is to keep him out of Los Angeles. Here is the excerpt from the column:

Part of the Padres’ motivation, though, might be to keep Lindor away from the Dodgers, who according to sources are focused on Lindor after finishing second in the free-agent bidding for right-hander Gerrit Cole and declining to make an offer to third baseman Anthony Rendon. The Dodgers could accommodate Lindor by either trading shortstop Corey Seager or moving him to third base, with Justin Turner shifting to first.

The Padres simply do not need any help on the left side of the infield with Manny Machado locked in at third base for another nine seasons and Fernando Tatis Jr. plugging the hole at shortstop for the foreseeable future.

Corey Kluber Was Discussed by LA

Corey Kluber, a two-time Cy Young winner, was recently traded to the Texas Rangers for a fairly light return. The Dodgers were reportedly interested in acquiring him alongside Francisco Lindor before the deal went down:

In their talks with the Indians, the Dodgers discussed acquiring Lindor and Kluber in the same deal, but their interest in Kluber was secondary, sources said. It is not clear whether the Indians will even trade Lindor, but the Dodgers do not intend to give up six years of control over infielder Gavin Lux, the game’s No. 2 prospect according to MLBPipeline.com, for two years of the Indians’ shortstop.

Expect talks and rumors to continue regarding the Dodgers and Indians on pieces like Francisco Lindor, Mike Clevinger, and Brad Hand. If they are unable to land him, they could pivot in a variety of different directions. They can call up Theo Epstein regarding Kris Bryant, they can have talks with the division rival Rockies on Nolan Arenado, or could help alleviate some financial pressure from the Boston Red Sox with Mookie Betts and David Price. 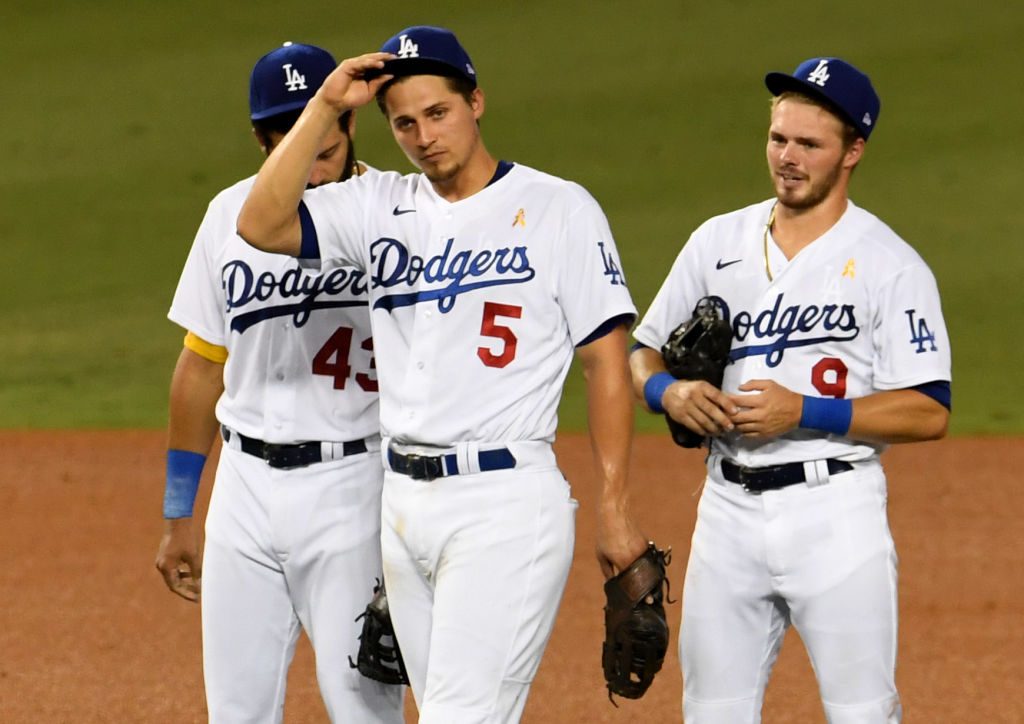 Dodgers: Los Angeles May Not Get the Chance to Extend Corey Seager Before Free Agency Dodgers: 4 Shortstops Ranked Above Corey Seager as the Best in MLB