The Dodgers did not bring in a huge name this off-season, but fared pretty well, regardless. Blake Treinen seems to be the missing piece to the bullpen that has been missing for what seems like ages now. Alex Wood’s work with Driveline Baseball could bring back his velocity to the 93-94 miles per hour range, which made him elite in 2017. Even lower-tier signings like Jimmy Nelson, Edubray Ramos, and Casey Crosby could assist in a big way in 2020.

However, without the acquisition of major names, fans will still be upset. Mookie Betts’ name will be added to the list of players that the Dodgers will not be acquiring this off-season. This is in part because the Red Sox are exploring other options to clear payroll and because of their insistence on including David Price or Nathan Eovaldi’s contracts in the deal.

Additionally, Boston is looking to bring two top prospects back in a deal. Wild.

The fact that the Red Sox are even considering trading mookie betts is the single dumbest thing I’ve heard this year pic.twitter.com/XVA7MjKCp1

This truly was the most likely outcome all along. While there was a lot of noise regarding a Betts-to-LA deal, it never truly had legs per multiple sources.

Still, trading the 2018 AL MVP does make sense for a bloated Boston payroll. With the club set up to pay a heavy fine for being over the Competitive Balance Tax for a third straight year, the hope of moving both Betts and Price would immediately cure their worries.

Of course, Betts is one of the best players in the game and while he might not get dealt anywhere this winter, it likely is not the end of the rumors. Betts is considered ‘unlikely’ to sign an extension with the Red Sox, so the Dodgers could emerge as front-runners for the free agent in the winter of 2020-2021. They could even trade for him at the deadline. We shall see how the sweepstakes play out.

NEXT: Examining Why LA Was Not More Aggressive During Off-Season 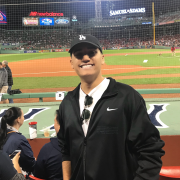 Mookie Betts News: Dodgers Star Could See Some 2B Action for Team USA in WBC