We are one day into the MLB Winter Meetings, and a ton has happened already. Justin Verlander will be heading to New York to become a Met, and Trea Turner is heading to Philadephia to join his buddy, Bryce Harper.

Many talks are happening, and we aren’t even close to the madness that will be upon us.

While your Dodgers and president of baseball operations, Andrew Freidman, are cooking something up down in San Diego, a former dodger decided to take the trip down south to the Winter Meetings.

One of the players here at the MLB winter meetings: Yasiel Puig.

He recently reversed his plea to not guilty on a charge of lying to federal agents investigating an illegal gambling operation.

Yasiel Puig is back in Southern California, where he spent six years as a member of the Dodgers.
With the Dodgers, Yasiel was the energy plug while slashing .279/.353/.478 with a .831 OPS.

This past season, he played in Korea for the Korean Baseball League representing the Kiwoom Heroes. He batted .277 and hit 21 home runs and 73 RBIs in 126 games.

Puig recently came out in the news for lying to federal agents in an illegal gambling investigation.
Before the reversal, the 31-year-old pleaded guilty to one count of making a false statement which carries a maximum of five years in federal prison.

The Wild Horse is a fan favorite for the Dodgers, and we watched him grow into an explosive player in L.A. Puig was named an All-Starter in 2014, making him the youngest Dodger starter for an All-Star game since Steve Sax in 1982.

We wish nothing but the best for the former Dodger.

Dodgers Rumors: Andrew Heaney has Interest From 'More Than 10 Teams' 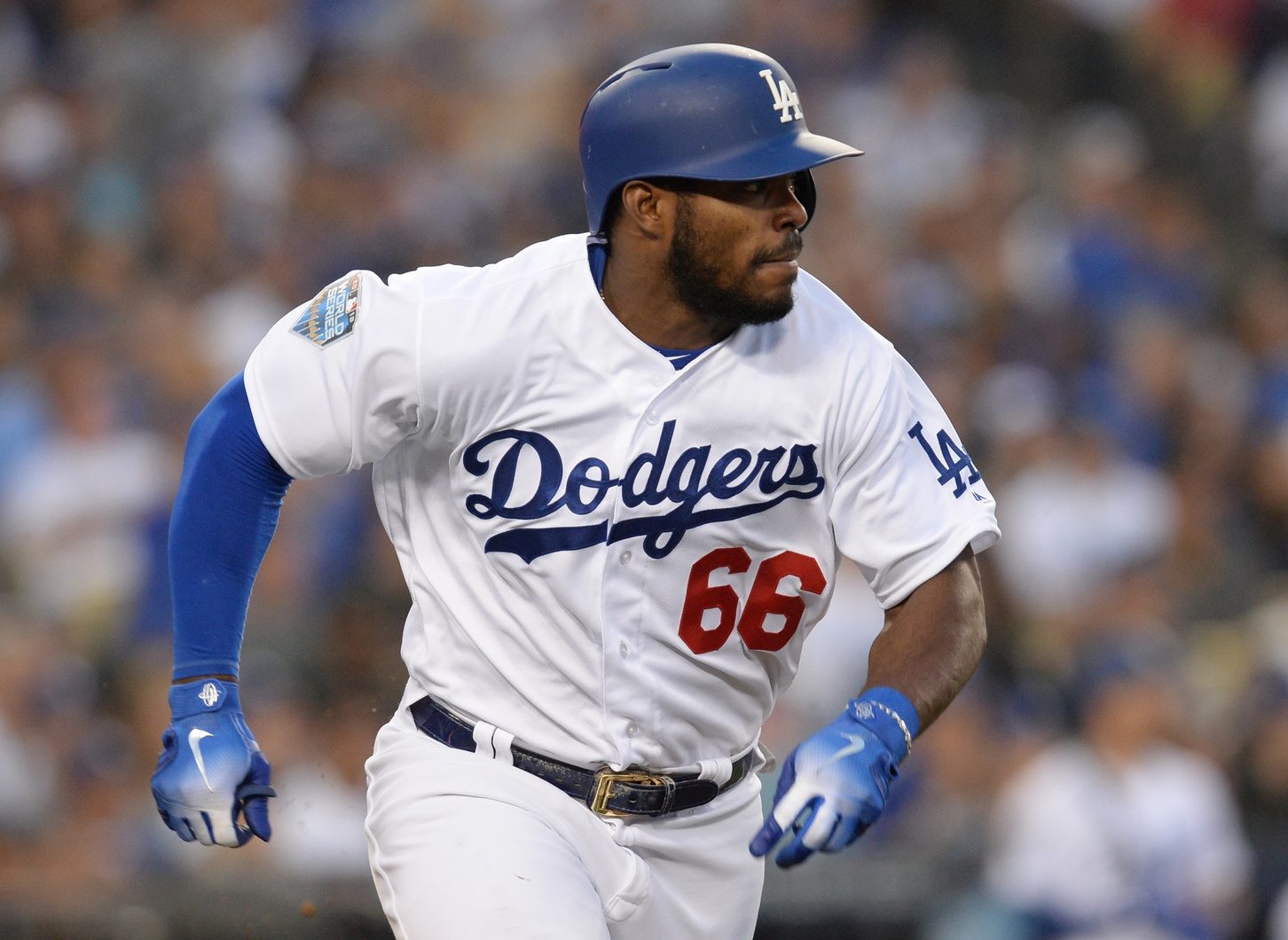