I’ve become known in my area of the world as a Dodgers fan, and I’m more than proud of that. I’ll talk baseball and the Dodgers with anyone who will listen, or who has no immediate means of escape, like liquor store cashiers or co-workers stuck in cubicles. So it stands to reason that after today’s Astros punishment story broke, I received more texts and messages that I normally would on an otherwise uneventful, snowy Monday afternoon.

A couple of friends asked me how I was feeling about the news, and though at first I was surprised two men lost their jobs over it, and then angry that no players will be officially punished, mostly, I just feel sad.

We didn’t just get cheated out of a World Series.

We got cheated out of hugs & high 5s from fellow fans!

We got cheated out of seeing our parents and grandparents act like kids!

We got cheated out of an opportunity to bring our city together!

That’s the pain we feel today.

Sad at what could have been, sad that my precious game of baseball has become so tainted, sad that so many reputations – specifically Clayton Kershaw – were unfairly tarnished by those fateful Games 3, 4 and 5 played at the Astrodome back in October 2017.

Twitter went crazy with the “what ifs” and “what could have beens”, reminding me of feelings I’d taken a while to reconcile, and finally had with the dawn of the two seasons that have followed that October 2017 heartbreak. Now I’m reliving those dreadful pitching collapses, and I feel sad all over again.

I traveled to the other side of the continent and spent part of my life’s savings at the time to attend a World Series hosted by my beloved baseball team, and I would do it all again, but now that the truth is out, it is impossible not to fall into a daydream and imagine if the series had been played on an even playing ground. It’s impossible not to; we all know that championship, in that magical year of #ThisTeam, belonged to the Dodgers.

Don’t want the World Series title given to the @Dodgers – doubt the players want it as well. I want @mlb to vacate the 2017 #WSC title from the Astros and repo their rings. #astroscheated #playersknew https://t.co/E7vB2Uyyh7

The Astros didn’t just steal signs, they stole a legacy away from the Dodgers franchise, along with a piece of our hearts. And they owe us. 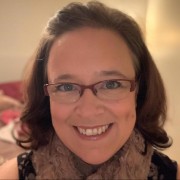