Jansen, Cey, and Powell partnered with a group of volunteers from the organization. Together, they helped distribute turkeys, fixings, and Dodger Dogs to 1,200 pre-selected families, and not-for-profit organizations in Los Angeles.

The Dodgers, along with @kenleyjansen74 and #DodgersAlumni, distributed holiday meals to 1,200 pre-selected families this afternoon. pic.twitter.com/7gAmjbMykS

The event, now in its 14th year, was organized by the Los Angeles Dodgers Foundation, and done in partnership with Smart and Final, Levy Restaurants, and a group of local city officials.

Smart & Final Group’s vice president of marketing Joe VanDette had this to say,

“Smart & Final is about food, but more importantly, we’re about the community and we’re proud to be part of this event.”

This was Kenley’s first time participating in the event, so he asked his wife Gianni to join him. Understandably, fans were delighted to see Kenley.

Gobble gobble. ? @kenleyjansen74 is here to hand out some turkeys! pic.twitter.com/727NFj8gWF

However, one young fan may have been a little too excited…

When you came to see @kenleyjansen74 but fall asleep on the drive over. pic.twitter.com/peAYI6xoGQ

Of course, the Jansen family’s participation in this year’s event is extra special, given the news of Kenley’s off-season heart surgery.

The Dodgers Foundation hosts many charitable efforts each year.  It’s always a great sight to see players and alumni volunteer their time to giveback to the local community. 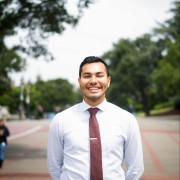 Maybe Austin Barnes Can Be The Answer At Catcher