Last week, Dodgers free agent pitcher, Yu Darvish tweeted out that there are six teams that he is considering offers from: Rangers, Cubs, Twins, Yankees and ironically, the Astros.

It took a while, but Jeff Wilson from the Fort Worth Star-Telegram has a source that says Darvish met with the Dodgers brass during this relatively quiet off-season.

“the Yankees now think it may be possible to recruit the right-hander on a five-year deal worth between $80 million to 90 million.” – theScore

Fans are almost split on their feelings towards Darvish after his heart-breaking performance in last year’s World Series. With over 5,000 votes on just twitter, Dodger fans have shown their support in re-signing Darvish.

Do you want Yu Darvish back in the Dodgers Pitching Rotation this upcoming season?

With the Dodgers being so close to a championship and the Giants making a much needed splash this offseason, let’s hope the Dodgers brass can figure out the right strategy to address the our championship-level pitching staff needs. 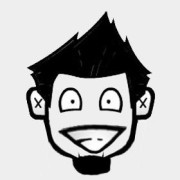 Born and raised in Los Angeles. Huge Lakers and Dodgers fan with a passion for building websites and online communities. Find me on LinkedIn

Who are the Dodgers Comeback Candidates for 2018?

Players for Dodgers to Consider if Yu Darvish Leaves