The Marlins also traded a competitive balance draft pick to the Braves.

Finally, Peraza is a top-30 prospect that can play shortstop or second base. In Triple-A this year, he is hitting .294 with 10 doubles, seven triples and 26 stolen bases. 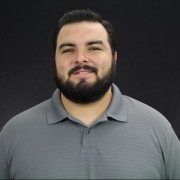 Dodgers Highlights: Dustin May Dazzles in Return as LA Cruises Past Marlins