It appears that any dreams of Tim Lincecum donning Dodger Blue to the chagrin of Giants’ faithful have been dashed for now.

Jon Heyman is reporting that “The Freak” has chosen to sign with the Texas Rangers instead of the Dodgers, who were the other finalist to assist him in his big league comeback.

Lincecum last pitched in 2016 with the Los Angeles Angeles. Unfortunately, he was merely a shadow of the dominating presence on the mound he once was.

He went 2-6 with a 9.16 ERA in nine starts with the Angeles that season before being designated for assignment.

Speculation surrounding the signing hints that the Rangers may try to convert Lincecum into a reliever, and maybe even a closer.

It would certainly be interesting to see if Lincecum follows the footsteps of legends like Dennis Eckersley, and John Smoltz. Those two legends made the transition from a great starter to a great closer with relative ease.

The lore of Lincecum is especially fascinating, not just because of his unorthodox delivery with his tiny frame. Rather, it is what he was able to accomplish in a relatively short period of time.

The only other pitcher in baseball history who can claim all those accolades is Sandy Koufax. That in itself truly illustrates Lincecum’s place within the history of this game.

Perhaps he doesn’t have the longevity of greatness necessary for a realistic Hall of Fame chance. But when he was at his peak, it’s hard to argue that he wasn’t the most electric pitcher in baseball.

It really would have been a compelling storyline for him to have chosen the Dodgers. Perhaps his allegiance to the Giants was what ultimately thwarted that possibility.

Guys like Jason Schmidt and Brian Wilson have previously gone on to pitch for the Dodgers after experiencing glory with the Giants. It’s too bad Lincecum isn’t going to be the next one. 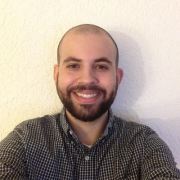 A Tribute to Wally "Moonshot" Moon