It’s official. Los Angeles Dodger’s starting pitcher, Hyun Jin Ryu, will not be returning for the 2016 season. With all the injuries the Dodgers have dealt with this season plus the personal injuries Ryu has faced his past couple of seasons as a Dodger, this isn’t shocking news.

The left-hander missed all of the 2015 season and the beginning of this season after getting shoulder surgery. He made just one start this season back in early July in which he threw 4.2 innings, allowing 6 runs on 8 hits.

[button color=”red” size=”big” alignment=”center” rel=”follow” openin=”newwindow” url=”https://dodgersnation.com/should-the-dodgers-shut-down-clayton-kershaw-for-the-rest-of-the-regular-season/2016/08/18/”]Should the Dodgers Shut Down Clayton Kershaw for the Rest of the Regular Season?[/button]

Following that appearance, Ryu was immediately placed back on the DL but this time for elbow inflammation. We haven’t heard much about Ryu’s progress until Dave Roberts officially announced the news on Thursday.

Dave Roberts said @HyunJinRyu99 is still in rehab mode & hasn't picked up a baseball. Acknowledges he won't be back this year.

Dave Roberts does not expect Hyun-Jin Ryu to pitch again this season.

As you may recall, Ryu, was an exciting addition to the Dodger’s pitching staff back in 2013. He had two great back to back seasons for the Dodgers, winning 14 games and having an ERA of 3.00, respectively. But following the 2014 season, Ryu suffered a shoulder injury and was sidelined for the entire 2015 season.

Although it’s been quite some time since we’ve seen the 26-year-old pitcher from South Korea out there on the mound for the Dodgers, only time will tell for when we get to see No. 99 suit up again. Let’s hope that we can get Hyun- Jin Ryu healthy and ready to go for 2017 season. 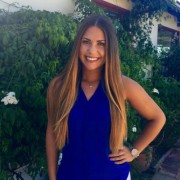