In an effort to remember Vin on his 88th birthday (11.29.2015), for the upcoming 2016 season, and what he means to baseball, here is a top ten list of memorable moments and facts about the man in his years of service:

1. In the late 1940s before landing the Dodgers job, he called a college football game from atop Fenway Park in frigid weather, but was too humble and concentrated to call a good game for the fans to complain. He impressed the bosses with his class and professionalism. The rest is history.

2. He wrote personal letters to over 150 radio stations on the Eastern Seaboard before finally landing a job. How is that for perseverance? Vin Scully should be listed in the reference section of the dictionary under the word perseverance. He may well be.

3. In 1950, when Vin Scully started with Red Barber on the radio calling Brooklyn Dodger games, Harry S. Truman was the President of the United States of America. Old Red gave Vin some great advice that night: [paraphrased] if he [Scully] wanted to be a successful sports announcer he should never be a “homer” (openly showing a rooting interest for the team that employs you), never listen to other announcers, and keep his opinions to himself. This describes Vin to a “T” as we know him.

4. In 1964, the New York Yankees offered Scully the opportunity to succeed Mel Allen as their lead play-by-play announcer. Despite being from New York, growing up and attending Fordham University in Manhattan, Scully chose to remain with the Dodgers. The man defines loyalty. Vin is second only to Tommy Lasorda in terms of years of service with one sports organization.

5. Throughout his career, Scully has done more than announce for the Dodgers. He has called football games, tennis matches, and golf tournaments with a list of memorable calls in all such sports. He also played himself in the movie For the Love of the Game alongside former Dodgers announcer Steve Lyons. Do yourself a favor on a lazy Sunday afternoon and search “Vin Scully” in YouTube. You might also start here.

6. He has kept it classy and donned a beautiful tie and matching pocket square for 66 going on 67 years in the broadcast and radio booth, always signing off with an in-game story break, “Let’s go back to this one,” with that unforgettable smile.

7. Being elected to the Major League Baseball Hall of Fame is only the beginning of Vin’s recognition, awards, and appreciation among baseball’s elite, faithful, and all fans. He is a living legend. A once in a life time figure. Here is a list of his awards from his personal website, which is worth a visit. You can also read a great article entitled “Letter of Recommendation: Vin Scully,” here.

8. Back to 1950. “The major league careers of Connie Mack and Vin Scully intersected at the midpoint of the 20th century. Connie Mack was born Cornelius Alexander McGillicuddy in 1862, before the Emancipation Proclamation was issued, at a time when Abraham Lincoln was President and America was engaged in the Civil War. Today, Vin Scully is broadcasting for the Los Angeles Dodgers at a time when a black man is President.” (Baseball Analysts, “Connie Mack and Vin Scully,” By Designated Hitter Stan Opdyke, December 17, 2009).

9. Vin Scully in movie action, For the Love of the Game, when calling a New York Yankees vs. Detroit Tigers game at Yankee Stadium. Tigers Starting pitcher Billy Chapel, played by Kevin Costner, is on the mound. Vin Scully describes the drama:

Interesting how this quote about Chapel rings true for Vin in 2016 as he brings his illustrious career to a close. Vin will grace us with his voice for one more year giving all of us some memorable days of summer and maybe fall.

10. Vin the Patriot. “Let Vin Scully teach you everything there is to know about the American flag.” (Cut4, MLB.com).  Or, how about when Vin tells stories about D-Day. Or, these iconic pictures to remember Vin via ESPN in “The Man with the Golden Voice.” 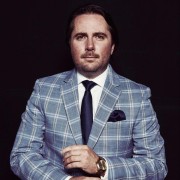