While the Giants and Padres have been making blockbuster moves this offseason, the Dodgers have mostly limited themselves to smaller tweaks at the fringes of their roster so far. A Shelby Miller here and a Noah Syndergaard there, but they haven’t waded into the deep end of a free agency season that has seen some huge contracts handed out.

Former Los Angeles general manager Ned Colletti was on AM570 this week, and he was asked to assess L.A.’s offseason so far.

“Well, it’s been a little bit quiet, especially considering San Diego and San Francisco. And I still think they’re in a pretty good spot. Look, they think long view, and when you’ve got 13-year deals going on out there, 10-year deals, the executives who do those deals, they’re not gonna be around when they turn bad at the end, they’ll be done by then. So it’s the way they’re at right now, and I don’t think it’s anything to panic about.

“I thought the Syndergaard signing was excellent in a lot of ways. When you think about Heaney, you think about Anderson, their way to help somebody get back to where they were or even be better than they were. They’re remarkable at it, how they work on what type of pitches Syndergaard can really be good at, that he needs to maybe refine, how he can refine his body to be able to make those types of pitches. I think it’s a great signing, you talk about somebody who’s got huge compete.

Colletti’s point about winning the offseason is important. The Dodgers’ goal is to build a sustainably great team, something they’ve shown an ability to do over the past decade or so. Free agency goes through peaks and valleys. If this year’s market had been in place last year, Freddie Freeman likely would have gotten eight years from someone, instead of the six he got from Los Angeles. If L.A. sees this offseason as a cyclical anomaly, it makes sense in the long run to sit out on the big names.

It’s hard as a fan to see the team do very little while other teams do a lot, especially when the Dodgers still have holes to fill. But free agency isn’t the only way to build a team, and it’s often not even the best way. Freeman was the only player on the 111-win 2022 team who was acquired as a big-name free agent. When L.A. won the 2020 World Series, AJ Pollock was the only “big” free-agent acquisition, and his signing was criticized as the cheap alternative to Bryce Harper.

Dodger fans are frustrated over an early NLDS exit, thinking the team needs to respond to that. But the NLDS loss was due to poor execution, not poor roster-building. Andrew Friedman will put together another 95- to 100-win team, and then it will be up to that team to execute in the postseason. 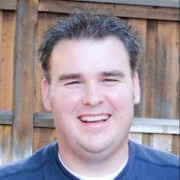 Jeff was born into a Dodgers family in Southern California and is now raising a Dodgers family of his own in Utah. During his previous career as an executive at a technology company, he began writing about baseball in his spare time. After leaving corporate America in 2014, he started doing it professionally. Jeff wrote and edited for Baseball Essential for years before joining Dodgers Nation. He's also the co-host of the Locked On Dodgers podcast, a daily podcast that brings the smart fan's perspective on our Boys in Blue. Jeff has a degree in English from Brigham Young University. Favorite Player: Clayton Kershaw Favorite Moment: Kirk Gibson's homer will always have a place, but Kershaw's homer on Opening Day 2013 might be the winner. Dodgers: Noah Syndergaard Shares that Playing for LA Has Always Been A Dream