The streak is over. After 162 consecutive games of scoring at least one run, the Dodgers put up a big ‘ol bagel on Wednesday night against Zack Wheeler and the Philadelphia Phillies. Manager Dave Roberts believes there were two main factors that contributed to streak finally being broken.

Coming into the game, the Phillies ace owned a 2.15 ERA and an impressive 0.93 WHIP. Throw in the Dodgers rash of injuries, and you have the perfect cocktail for an offensive blackout.

That being said, manager Dave Roberts thought it was only a matter of time before the Dodgers endured a shutout loss.

To his credit, Roberts didn’t just blame the first time in a long time on Seager, Bellinger, and Muncy being out of the lineup. Doc also gave plenty of credit to Wheeler. Wheeler allowed just five hits total in six innings pitched. None of them were for extra bases.

“The odds, regardless of who you have, it’s bound to happen. Zack threw a heck of a ballgame.”

The Phillies bullpen took care of the rest. In fact, the Dodgers didn’t record a hit in the final three innings of the game. The Dodgers only two baserunners both reached via HBP, compliments of the Phillies Hector Neris.

On a positive note, the Dodgers have won five of their last six and begin a three game set against the worst team in baseball – Arizona.

Roberts and the Dodgers need to win the series at a minimum, if not sweep, to keep pace with the San Francisco Giants. The Giants are fresh off their own sweep of Arizona. San Francisco hosts Philadelphia this weekend.

The Dodgers likely won’t put together another streak quite like the one that just ended, but nights like Wednesday should still be few and far between.

Roberts and the Dodgers are counting on it. 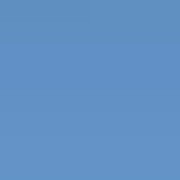 Dodgers: Recalling the Gift Clayton Kershaw Bought AJ Ellis After His No Hitter